The general market has been very strong since the election, so there has been less perceived need for a “safe haven” such as gold. Gold bullion was therefore down about 5.7% in November and the mining stocks were down 8-9%. However, it has become increasingly clear over the last week or so that Janet Yellen, the apparently incoming Treasury chief,  will be a predictably doveish monetary policy participant. That is one reason that gold and the gold miners have “caught a bid” in the last few days. Perhaps it is dawning on investors that the deficits and spending and debasement of fiat (unbacked) paper currencies around the world will definitely continue. The new administration has been dubbed by some as “Obama 2.0”. Recall that in the first two years of President Obama’s administration gold bullion went up 100% and the gold miners went up over 200%.

We discuss below the recent short term performance, perhaps why gold has been in a consolidation mode over the last four months, and then a longer term discussion. While I understand that many of you don’t want to deal with these details, we like our readers to be as well informed as possible.

FOUR MONTHS OF CONSOLIDATION IN THE GOLD PRICE

The chart just below is over the last several years, and shows how the price of gold has correlated with “real yields”, that is the actual short term interest rate (inverted on the chart) adjusted for inflation. With short term rates less than 0.5% and inflation of 1.5-2.0% the “real yield” is now close to a negative 1.5%. That means that savers, in high quality fixed income securities, are losing purchasing power of 1.5% annually. It also means that, from the standpoint of current real return, investors are 1.5% better off in gold, yielding zero. The chart shows how gold has moved up in price as the real yield became increasingly negative. Over the last four months, however, you can see that the negative real yield (in red) stabilized and actually became a little less negative, so bears on gold speculated that interest rates were moving up, real yields might be rising and gold would be less attractive, so the gold price corrected over 10% from its high in early August.. Lately, however, you can see real interest rates (in red) breaking out on the upside, so the real yield (inverted on the chart) is becoming more negative. Contributing to this situation is over $17 trillion (a new high) of sovereign debt worldwide yielding less than zero. This type of action presaged earlier upward moves in gold bullion, and the miners, so that might well be the case again 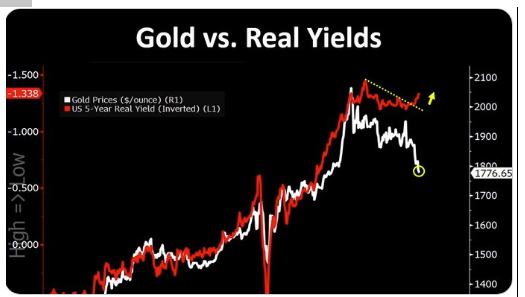 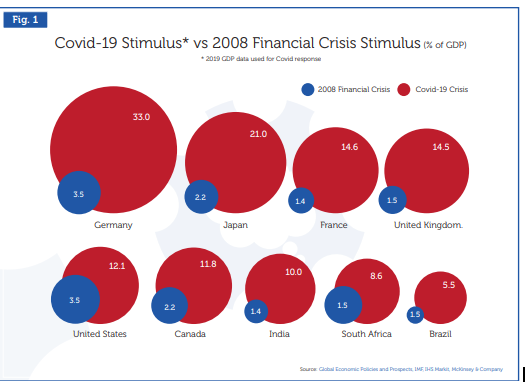 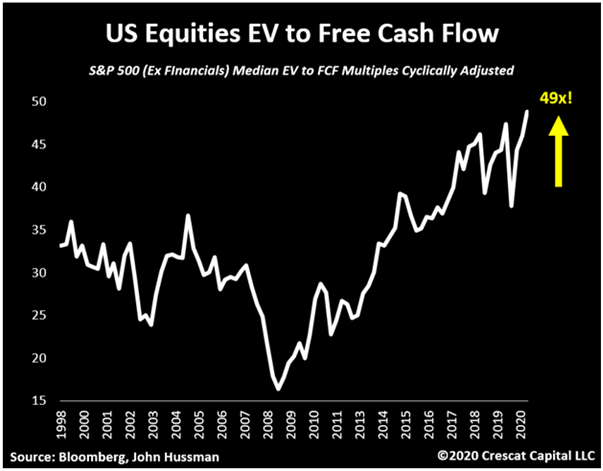 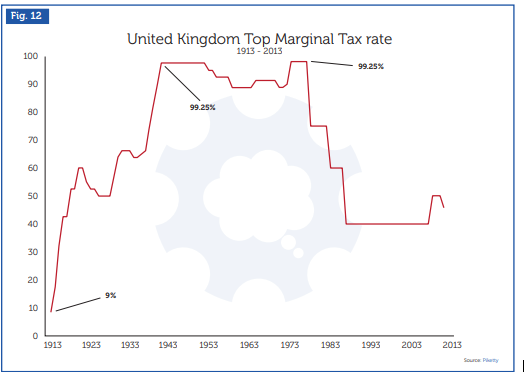 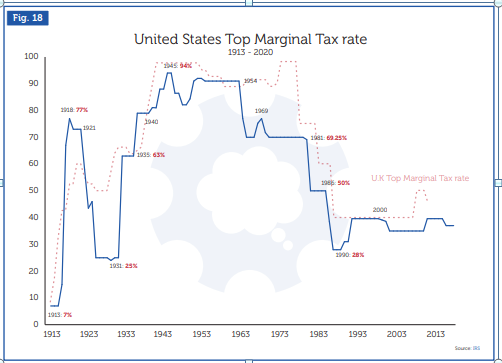 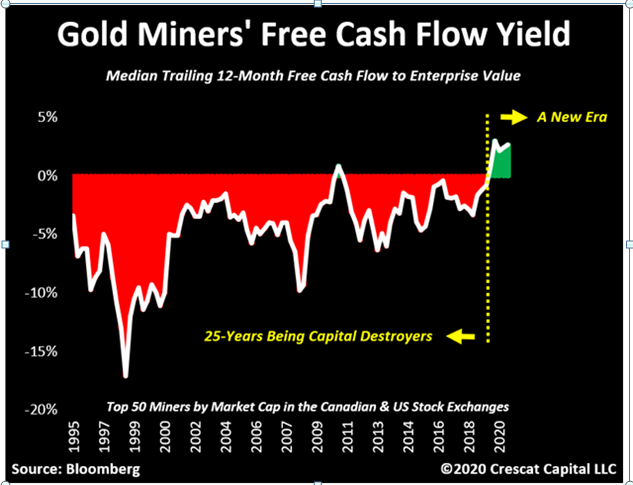