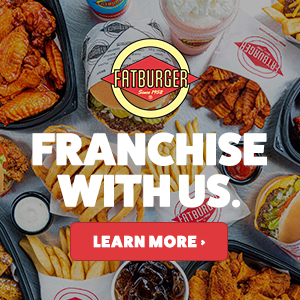 We have written on Restaurant Brands many times over the last several years, and have correctly predicted that the growth in earnings and cash flow would be flattening out now that the operating “efficiencies” in the wake of the Burger  King and Tim Horton’s acquisitions were unlikely to be repeated.  The stock has, accordingly, done very little over the last two years. QSR stock is not overpriced relative to its “asset light” peers, and it’s 5% “Free Cash Flow” yield is intriguing, but we do not consider possible growth of 7 or 8 percent annually to be be sufficient to render attractive  a 22x price earnings multiple or about 19x trailing EBITDA.

RECENT RESULTS:  (Per the Q4 release and Conference Call)

The Company, predictably, put it’s best foot forward, while admitting that Tim Horton’s results have disappointed: “We have three iconic restaurant brands that are together growing around the world. …. I’m proud that our 2019 results have us solidly on track …Burger King delivered its strongest year of restaurant growth in the last two decades. Popeye’s launched an iconic Chicken Sandwich that has proven to be a game changer for the brand in every way. At Tim Horton’s, our performance did not reflect the incredible power of the brand and it is clear that we have a large opportunity to refocus on our founding values and what has made us famous with our guests over the years, which will be the basis for our plan in 2020”.

The “bottom line” numbers include the following:

Income From Operations was down 1.0% for three months and up 4.6% for the year.

Income Before Taxes was down 5.2% for three months and up 5.1% for the year

Some “Non-GAAP” numbers are presented, as usual.

Just as we have suggested over the last two years or so, QSR is growing at an overall rate of mid to high single digits. Horton’s (which provided much of the growth 4 or 5 years ago) is a drag, Burger King continues to grow, and Popeye’s is too small to move the needle by much.

There is one other summarized set of numbers that is worth discussing. “Unlevered Free Cash Flow” is shown as growing steadily from 2015 to 2019, from $1.5B to $2.0B. First,those numbers are after adding back about $500M of interest, so Net Cash Provided by Operating Activities is more like $1.5B. Secondly, some portion of that “Net” cash is not quite so free any more with the requirements of refurbishing the Tim Horton’s chain. Lastly, as we have pointed out before, $330M of the cash flow was spent in 2017 and $561M was spent in 2018 to buy back shares from 3G, the controlling shareholder. Along with the repurchase of Warren Buffet’s Preferrred Shares, this is why, with all the “Unlevered Free Cash Flow, the net debt is still $10.8B, virtually the same as the $10.7B at the end of 2017 and $10.9B at the end of 2018. It always amazes us how cash flow can be considered “free” when there is a great deal of debt outstanding.

The most important Tim Horton’s division, representing about half of the corporate cash flow (with $1.1B of Adjusted segment EBITDA for the year) continues to be troubled. Comp sales were down 4.3% for Q4 and 1.5% for the year. “Winning Together” apparently didn’t get the job done. The effort is being retooled, with a heavy emphasis on the loyalty program. An inflection point could be in the offing but it is far from a certainty.

Burger King (with $994M of Adjusted segment EBITDA for ’19)  continued to grow comps and units steadily. Systemwide comps were up 2.8% in Q4 and 3.4% for the year. However, US comps were only up 0.6% in Q4 and 1.7% for the year, which could be considered a disappointment in light of the Q4 emphasis on the Impossible Burger. We can’t resist taking a bow, for our prediction that the Impossible Burger would not be a game changer, even after 18% comps were touted from the St.Louis test market.  The Company is going back to “basics” now, and there is no reason to think that Burger King will not continue to be a growth segment within QSR.

Popeye’s has obviously hit a grand slam home run with their Chicken Sandwich, driving US comps up 37.9% in Q4 and 12.1% for the year, and The Sandwich wasn’t even there for a full quarter. Popeye’s unit growth was up 6.9% for the quarter and year, and can be expected to move higher. All of this is excellent, but Popeye’s, with $188M of segment Adjuted EBITDA  (up from $157M in ’18) represented only about 9% of three divisions combined.

Putting the three divisions together, going forward we believe it is reasonable to expect Horton’s results to be flat, Burger King to be up high single digits, Popeye’s perhaps up by as much as 30-40%. That would equate to overall growth on the order of 7%.