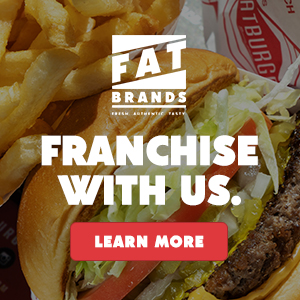 Restaurant Brands reported Q2 earnings this morning and disappointed the investment community, primarily because of softer sales (by a couple of points) at Burger King than expected and EBITDA comparisons that were anywhere from flat to up 6%, depending on the “standard” employed. The stock was trading down several percent as the conference call was being conducted, recovering to be down just slightly at the opening.

In summary: Comp sales at TH were flat, BK was up 1.8%, Popeye’s was up 2.9%. Net restaurant growth was up 3.0%, 6.4% and 7.5% respectively.  There are two “standards” of reporting here, as discussed below. On the “new” versus “previous” standard, Adjusted EBITDA was down 1.1%, up 1.8% and down 5.4% respectively. Total Adjusted EBITA, Net Income, and Adjusted Diluted Earnings Per Share were virtually flat YTY. On the “previous” standard versus “previous”, Adjusted EBITDA was up 2.7%, up 7.0%, up 28.0% respectively, up 6.0% overall. We discuss the differences further below.

Management, CEO Daniel Schwartz, started off the call by saying that “we plan to provide more details than we historically have on initiatives across each of our brands”.

There was, predictably, substantial discussion by management about the continued growth at Burger King, the effort to generate renewed growth at Tim Horton’s as a result of the “Winning Together” program, and worldwide expansion of the Popeye’s brand.  There was major emphasis on the improved communication with the Tim Horton’s franchise community. Over 1/3 of the franchise network have agreed to renovate their stores in ’18 and ’19, with QSR helping to finance that investment.  Supply chain margins at Tim Horton’s improved from Q1 to Q2, as a result of seasonal sales influences. Management indicated that profits and EBITDA at Tim Horton’s should improve in the second half as the price adjustments in the supply chain, and the introduction of Espresso (when equipment was sold to franchisees), about a year ago are lapped.

We have no doubt that a major effort is being made to repair the relationship with the TH franchise community. Peace will be made, because it will be in everyone’s interest, but the profit growth in the supply chain in the future will be far less than in the past.

In terms of management’s guidance for overall future growth of profits and EBITDA, management declined to provide an objective, maintaining that their objective is unit growth, sales growth, and profit growth at each brand.

The question was asked about menu price increases, but management declined to quantify that. Menu prices have obviously been increased, so traffic would be something like a couple of points less than the comps indicate.

When asked about the profitability at the franchisee level, management declined to be specific but said that profitability is up at all three brands.

When asked about the TH performance, country by country, management talked about softness in the US (being countered by renovations, etc.), differences by each market, and long term optimism about each, but nothing more specific.

In reference to supply chain margin at Horton’s, and the $100M capex there over ’18 and mostly ’19, management said that the current structure is good, and should be more efficient in the future with new distribution centers in Alberta and BC. Management declined to provide specific objectives in terms of improved profitability, for franchisees or QSR.

It has to do with revenue recognition, as described in the following note from the first quarter’s 10Q filing:

Revenue from Contracts with Customers

We transitioned to FASB Accounting Standards Codification (“ASC”) Topic 606, Revenue From Contracts with Customers(“ASC 606”), from ASC Topic 605,Revenue Recognition and ASC Subtopic 952-605, Franchisors – Revenue Recognition(together, the “Previous Standards”) on January 1, 2018 using the modified retrospective transition method. Our Financial Statements reflect the application of ASC 606 guidance beginning in 2018, while our consolidated financial statements for prior periods were prepared under the guidance of Previous Standards. The$249.8 million cumulative effect of our transition to ASC 606 is reflected as an adjustment to January 1, 2018 Shareholders’ equity.

Our transition to ASC 606 represents a change in accounting principle. ASC 606 eliminates industry-specific guidance and provides a single revenue recognition model for recognizing revenue from contracts with customers. The core principle of ASC 606 is that a reporting entity should recognize revenue to depict the transfer of promised goods or services to customers in an amount that reflects the consideration to which the reporting entity expects to be entitled for the exchange of those goods or services.

There are a lot of complexities these days relative to accounting treatment, and many companies are reporting all kind of “adjusted” results. Our comments here could be considered cynical, but we don’t see other franchising companies changing their “standard”, reporting both ways, and the net effect here of the “New Standard” was A REDUCTION OF SHAREHOLDER’S EQUITY OF $249.8 MILLION ON 12/31/17. As analysts would say, there are a lot of “puts and takes”, but the bottom line is that shareholder’s equity is materially less than had been reported.

Restaurant Brands, International (QSR) is a strong company, to be admired from many standpoints. We stand by our previous discussions which have pointed out that the financial engineering of the past will not be possible in the future. The company is already levered up pretty fully, though they could be tempted by the availability of Papa John’s.  The reduction of G&A at Burger King, and especially at Tim Horton’s, combined with the supply chain “efficiencies” (price increases to franchisees) will not be possible going forward. The growth rate of profits and EBITDA will obviously be lower in the next several years than has been produced in the past. 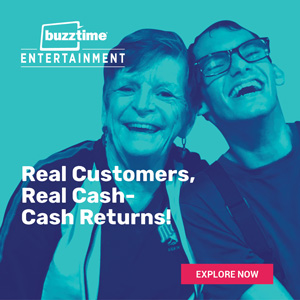