FISCAL/MONETARY REPORT – INFLATION AT A THIRTY YEAR HIGH BUT IT’S A LOT WORSE THAN THAT!

The world is aghast at the continuing rise in prices, the CPI most recently reported up 6.2% over twelve months ending October, the highest in 30 years. The 0.9% YOY print in October would obviously annualize a lot higher than that and was the highest YOY monthly increase in 40 years. The “transitory” discussion is becoming a joke because, whether or not the rate of increase declines, the CPI is not going to come down. Furthermore, the monthly trend in CPI (0.3%, 0.4, 0.6, 0.8, 0.6, 0.9, 0.5, 0.3, 0.4 and 0.9% from Jan. through October) is unremitting and Producer Prices, which lead the CPI continue to increase.

But it’s worse than that.

While Central Banks want to dilute the currency through inflation to deal with the unimaginable mountain of debt, in the short run there are important incentives to minimize the reported rate of inflation. These include (1) minimizing the inflation rate to show that “real growth” in wages (nominal wage growth less inflation) is encouraging (2) minimizing the CPI adjustments to entitlements  such as Social Security (3) minimizing interest payments to Treasury Inflation Protected Securities , TIPS (3) keeps interest rates (which are normally priced to provide a “real” return) low which minimizes the budget deficit (4) maximizes taxes because brackets are adjusted upward depending on the CPI and your tax rate moves up if your “real wages’ appear to be rising. Far more palatable to voters than an obvious rise in tax rate.

There are a great number of ways that the CPI measuring system has been “adjusted” over the years, and we have provided the details below this summary. Most material, and obvious at this point in time, is the “housing” component (the largest, followed by transportation and food/beverage) of the CPI. Housing is about 30% of “headline CPI” and 40% of “core CPI (headline minus food and energy).

Seems pretty simple, but back in 1999, according to the timeline shown below an “adjustment” was made. Within the 30 points of housing is “Owner’s Equivalent Rent” (23.8 points) and “Rent of Primary Residence” (5.9 points).  The definitions of “OER” and “Rent” follow.

“Owners’ equivalent rent of primary residence (OER)” is based on the following question that the Consumer Expenditure Survey (representing the Bureau of Labor Statistics) asks of consumers who own their primary residence: “If someone were to rent your home today, how much do you think it would rent for monthly, unfurnished and without utilities?”

“Rent” is based on a survey of consumers who rent their primary residence, who are asked: “What is the rental charge to your [household] for this unit including any extra charges for garage and parking facilities? Do not include direct payments by local, state or federal agencies. What period of time does this cover?” 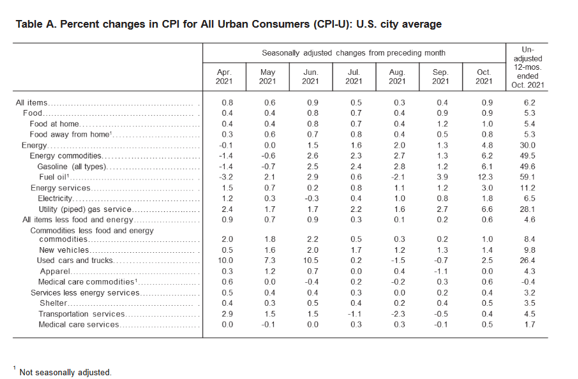 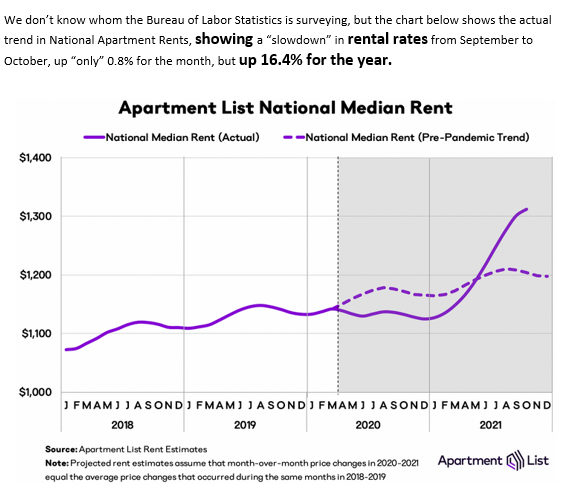 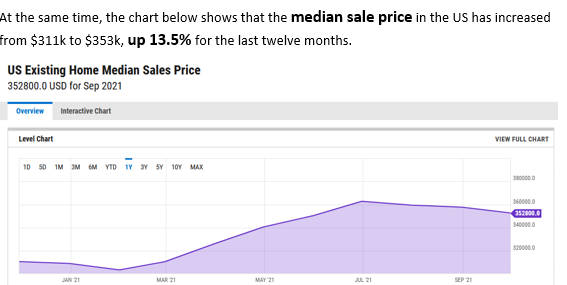 Most of us know, anecdotally, that housing expenses are up a lot more than 3.5% in the last twelve months and the charts we have provided show that a more accurate estimate might be upwards of 12%. If the 30% Shelter component of the CPI were up 12% instead of 3.5%, the resultant CPI would be up 8.7% (not 6.2%). If Shelter were up 14%, the CPI would be up 9.3%. The “reality” of the situation, rather than numbers cooked up by the Bureau of Labor Statistics, is why household income, which mostly tracks the CPI, is not keeping up with the real cost of living. As a consequence, along with artificially suppressed interest rates, investors are reaching for yield and consumers are deal driven.

Below is the history of your CPI.  We have underlined “IMPROVEMENTS” and housing related changes. (We don’t make this stuff up!)

Improvements made between the 1940 and 1953 revisions

Improvements made between the 1978 and 1987 revisions

Improvements made between the 1987 and 1998 revisions

Improvements made between the 1998 and 2018 revisions